After so many years…

Nineteen years ago, a young couple with two small children moved from their warm home in north Georgia, to the shockingly different territory of southern New Hampshire. During their two-winters-long stay in New England, they experienced vast differences between the sunny south and the much-colder north, not the least of which was the necessity of shoveling two feet of snow off of the car many mornings during the long winter months. They also met some new friends, including one couple who had just had their first child, but who held the unusual belief that they would accept as many children as the Lord saw fit to bless them with. Although this idea seemed a bit radical to the newcomers, the couples were soon good friends, and when their paths diverged fourteen months later and the Lord moved the first couple back south (this time to Texas!), the two families continued to keep in touch via annual Christmas letters and pictures. For several years, this was their only means of communication, and meanwhile, many changes took place in both families. The New Englanders’ family grew until they had nine children, and over the years, the Lord changed the hearts of the other couple and eventually blessed them with a total of ten young “arrows.” (See Psalm 127.) Then, early in 2010, the Lord placed in both families the strong desire to reconnect with each other and renew their friendship.

This happened around the time of the first North Carolina FEW Conference, and our excitement was unbounded when we received the news that the Wikmans would be making the 1,000+ mile trek (one-way!) to attend the event! Though our time together was short and extremely busy, we were able to reconnect to a small degree, and each of the few times we’ve seen each other since then has only increased our yearning for a longer and more personal visit.

Finally, last week we were blessed with the opportunity to have the Wikmans in our home for a few days. And what a joy it was! Besides the fun and games that went on, we Neelys were incredibly encouraged by seeing the way the Wikmans interacted with each other. Their sweet spirits and self-sacrificing love were very convicting to us as we watched them serve one another with Christ-like love. We observed in amazement as time and time again, an older sibling would drop whatever they were doing to help with a younger one, or Mr. or Mrs. Wikman would willingly give up fellowship time to care for a child, and always with a smile: there was never a word of complaint! They were also always ready to jump in and help with whatever we were doing, whether it was preparing food, washing dishes, or sweeping the floor. It was a tremendous blessing to us just to have them in our home, and we look forward to the next time we can share fellowship with them!

Thank you, Wikmans, for the blessing you were to our family! You have truly “provoked us unto love and to good works.” (Hebrews 10:24) Thank you for being such a wonderful example of Christ-like service and love!! 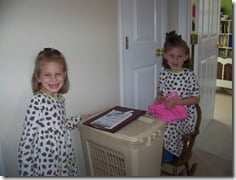 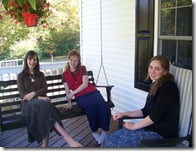 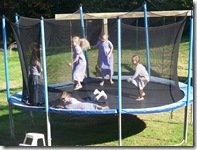 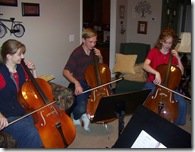 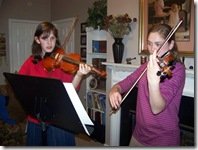 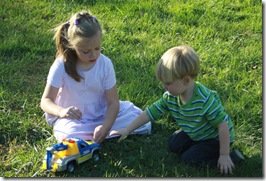 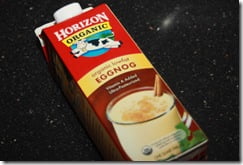 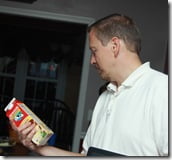 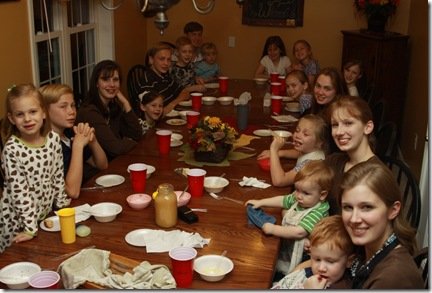