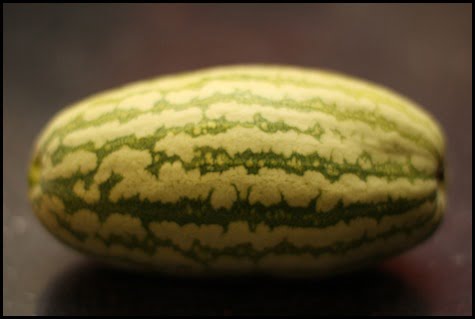 What could be more delightful on a warm summer day than a big bowl of cool, refreshing watermelon?

Well, something you may not know about the Neely Team is that, as much as we love watermelon, I do not think we could grow them if our lives depended on it.

Growing large quantities of fresh produce has been a part of my life for almost as long as I can remember, but I do not believe we have ever been successful at growing a single watermelon. Why, I have no idea. It just doesn’t work.

This year, due to the wedding and everything else going on in our lives, planning and maintaining a garden was more than Dad and Mom could possibly think about, so I became official garden manager. Thanks to the great advice of David Stelzl, we tried a new method, one which includes using large amounts of mulch or compost material, and the Lord blessed our efforts tremendously. Not only did the mulch nourish the soil for a larger harvest in general, but it also kept the weeds down and drastically cut necessary maintenance time.

Anyway, back to watermelon.

In my new position as garden manager, armed with some most excellent watermelon seeds from a friend, I determined to try again. I started the seeds early in a green house, giving the plants a fair head start, and when the weather was right, transplanted them to a place where the soil is rich and they would receive enough sunshine.

And they grew. Slowly, but surely.

Eventually, a few small fruits appeared on the vine. I was sure that this would be the year that we would finally break loose from being first on the record of unsuccessful watermelon growers.

Then, one day last week, I heard some laughter on the back porch and someone called my name as I was working in the kitchen.

“Come quick — look at your watermelon!”

Apparently, the vine had been accidently cut in the previous week’s mowing, and there, surrounded by a dead vine, was my long awaited fruit. (See the picture above.) Beautiful! See the lovely striping, the lush green tones? 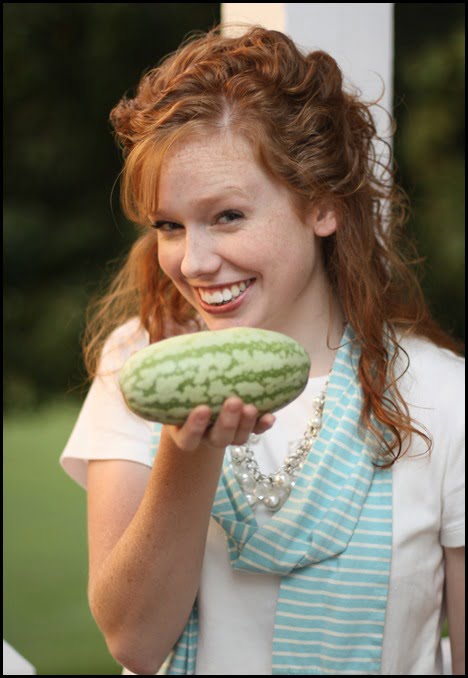 My adorable little watermelon was… just that. Adorable.

Nothing like the giant, impressive 30-40 pounder it descended from.

Well, I guess all I can say that we still have not broken loose from our history of unsuccessful watermelon-ness. However, this whole escapade calls to mind a quote I heard earlier in the year at a home education convention we attended.

“Courage doesn’t always roar – sometimes, it is the quiet voice that, at the end of the day, whispers,

And that is just what we will have to do – try again.

What was, to us, a hilarious family memory, also served to remind me that failure, no matter how it may cause us to feel, must not be the end to those of us who are in Christ. He is our hope; He is our reason, and our strength, for rising from bed each morning and determining to try again. We, chosen in Him before the foundation of the world, have been promised victory.

No matter what you are facing today, whether it something as simple as a watermelon, or instead a struggle that causes deep and lasting pain, look unto Jesus Christ, Who has already won the victory, and try again.