We took a day to go to the zoo on Wednesday of last week. This is a resulting interview between Amanda and Susanna, Lauren, Herman and Bethany: 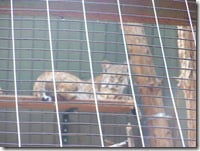 Amanda: What was your favorite part of the zoo?

Susanna:  I liked the bobcats!

A: What did you learn about the bobcats?

S: The mother is lighter-colored than the kittens, and when the kittens are first born, they’re black. They like to sleep high off the ground, and they like to play and wrestle with each other.

A: It sounds like they have fun being together as a family! Lauren, what was your favorite animal? 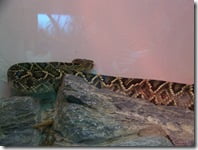 Lauren: I liked to see all the snakes!

A: Really? I liked the snakes, too! What did you think was so interesting about them?

L: They can shed their skin!

A: That IS neat. How do they do that?

L: They just basically crawl backwards and the skin turns wrong-side out as it comes off of them.

A: God sure designed the snake in an amazing way! Herman, what did you like about the zoo? 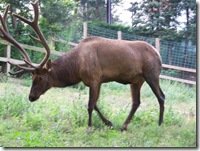 A: Oh yes, that WAS neat! What does the elk like to eat?

H: They like to eat leaves off of trees and grass, and his favorite fruit is pears.

A: They were about to feed him some pears when we got there, weren’t they?  What else did you like about seeing the elk?

H: We saw him wake up from a nap and scratch his back with his antlers.

A: He had big antlers, and he was only six or seven years old! Belle, what did you like about the zoo?

Bethany: The pink things and the prairie dogs!

A: You liked the rosate spoonbills. They were pretty interesting! What did you like about them?

B: They drink and eat out of the river!

A: Yes, they eat small fish and crustaceans. They use their bills to sift the food out of the water. Their food is what makes them pink, but they don’t have any feathers on their heads, so they’re bald! And what did you like about the prairie dogs?

B: They dug lots of holes and made piles of dirt! 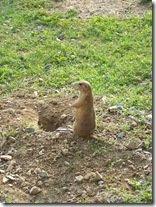 A: What else did you see?

B: They were eating!

A: It was fun to watch them eat! And something that I liked to see was that they showed attentiveness to their leader. When the leader made a certain noise, they all stopped what they were doing, ran over to their tunnels, and got ready to hide if the leader told them to. That was also showing obedience!

Thank you for sharing, Susanna, Lauren, Herman, and Bethany! I hope we all learn lessons from the animals that God has placed around us!