A Legacy, A Trial, A Harp… And the Sovereignty of God

There is an old hymn by William Cowper which states the following:

God moves in a mysterious way

His wonders to perform;

He plants His footsteps in the sea,

And rides upon the storm.

He treasures up His bright designs,

And works His sovereign will.

Judge not the Lord by feeble sense,

But trust Him for His grace;

Behind a frowning providence

He hides a smiling face.

His purposes will ripen fast,

The bud may have a bitter taste,

But sweet will be the flow’r

Blind unbelief is sure to err,

And scan His work in vain:

God is His own interpreter,

And He will make it plain.

Over the past several weeks, I have been pondering the sovereignty of God in our everyday lives. His ways, His will, His kindness, His mercy…… these things have left me breathless at times, overwhelmed by the goodness of our LORD.

A Legacy: Our family has been blessed with a godly heritage. Our dear Grandpapa, Reuben Neely, was a faithful man. He was known for his intense love for the Lord and a desire to be conformed to the image of Christ. His life was saturated with the Word of God. A friend once said: “When he spoke to me, it was as if it wasn’t him at all, because the words that he spoke were straight from Scripture… the Word of God was so natural to him…”

In 2001, Grandpapa was diagnosed with a brain tumor. He was told by the doctors that, at best, he would have eighteen months left to live. He lived them to the fullest, encouraged everyone he met, and met his Savior at the end of the course of his life.

A Trial: One of Dad and Mom’s goals for each of us as their children is that we learn to play the piano and an instrument we can carry for ministry purposes. In 2005, we began violin lessons with a dear lady, who has been one of the most influential role models for us, from our church. After two short years of blessing from her, this opportunity came to an end when our church underwent severe trials and change and our beloved teacher and friend moved across the country with her family. For a few years we struggled with our music, continuing on, but without clear direction for day-to-day advancement in skill and technique. Each time the Lord graciously allowed us to come into contact with our former teacher’s family, I wondered: Why? Why did this have to happen? Even after we were able to begin lessons with other teachers. Why? What was the reason the Lord had allowed this to happen? What were His purposes? What did He have in mind? I continually had to surrender myself to His will and continue on the path He had laid. And yet, I still wondered.

A Harp: Sometime several years ago, a few of us had the desire to learn harp. We had just been given a small harp for Christmas, and I wanted to begin “harping.” 🙂 For four and a half years, I played off and on. I wanted to, and yet I didn’t have music, didn’t have a teacher, was discouraged and discontent with the number of strings our harp had, and was missing the perseverance I so badly needed. In 2011, my family encouraged me to pick it up again. I did so, and for a year watched the Lord open doors for me. He provided music from my harpist cousin…. He encouraged me through friends who allowed me to use their harp when I wanted to experiment with more strings…… He gave me the grace to continue even when I had no direction. In the spring of 2012, my long-time dream came true: our violin teacher in Greenville hired a harp teacher! I was finally able to begin where I had so longed to.

Most reading this are probably wondering the connection. A month or two ago, I would have told that there really wasn’t one. But then, the Lord graciously revealed His purpose, at least in part.

After an all too-short visit with our first violin teacher and her husband, I was struggling again. Why did we have to be separated? What harm was there in our studying with her? But then I followed the train of events from the past couple of years. If we had continued on as we had been, we would not have sought instruction in Greenville. If we had not been studying at the studio there, we would have missed out on the opportunities He had in store for us there. If I had not been studying harp when I was………. There would still be a missing link in the story I am now telling you.

A couple of weeks ago, we received an email from my harp teacher in response to us having given her our CD, Lest We Forget. It reads as follows:

“Okay, now for the story. 🙂 I’ve been trying to catch up on a series my pastor has been preaching from Isaiah, so I’m afraid I haven’t listened to your beautiful CD until tonight.

When I was in 7th grade, my mom had back surgery. At the neurosurgeon’s office she and my dad met a dear elderly gentleman, and they spoke of him often. Mostly of what a blessing he and his wife were, and how his speech was so full of the LORD’s Word. He’d had brain surgery; after one of the surgeries the doctors had told him his memory might be gone. So when he woke up, the first thing he did to test his memory was to recite one of the letters to the Corinthians. 🙂 At another time he told my mom that his brain cancer was terminal – but because our times are in God’s hands, he was no more “terminal” than my mom. And from Psalm 23, when walking through the valley of the shadow of death, there could be no shadow without a Light. This dear man’s name was Reuben Neely.

When I opened up the CD, as you can imagine, I read and heard about Reuben Neely. Can he be the same one? I think he must be, from what my parents said and from what I have seen in your family. And if he is, please know that the LORD used him as such a blessing!”(emphasis mine)

If Grandpapa had not had brain cancer….. if our violin teacher, mentor, and friend had not moved away…… if our parents had not had the commitment to making sure that we were under the instruction of music teachers….. if….. if……… if………. If.

But no! Our Lord orchestrated His plan, and then executed it. We don’t have to worry about “ifs.” When we don’t know the answer, we don’t have to be concerned with “whys.” All we have to do is rest in the plan of our all-knowing Sovereign Creator God. “What God ordains is always good…. Someday I shall see clearly, that He has loved me dearly.”

Praise to the Lord, the Almighty, the King of Creation.

Oh, my soul, praise Him for He is thy health and Salvation.

All ye who hear, now to His temple draw near.

Join me in glad adoration.

Praise to the Lord, Who o’er all things so wondrously reigneth.

Shelters thee under His wings, yea, so gently sustaineth.

Hast thou not seen how thy desires e’er have been

Granted in what He ordaineth.

Praise to the Lord, Who doth prosper thy work and defend thee.

Surely His goodness and mercy shall daily attend thee.

Ponder anew what the Almighty can do

If with His love He befriend thee.

Praise to the Lord, oh let all that is in me adore Him.

All that hath life and breath come now with praises before Him.

Let the amen sound from His people again.

Gladly for aye we adore Him. 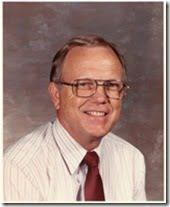